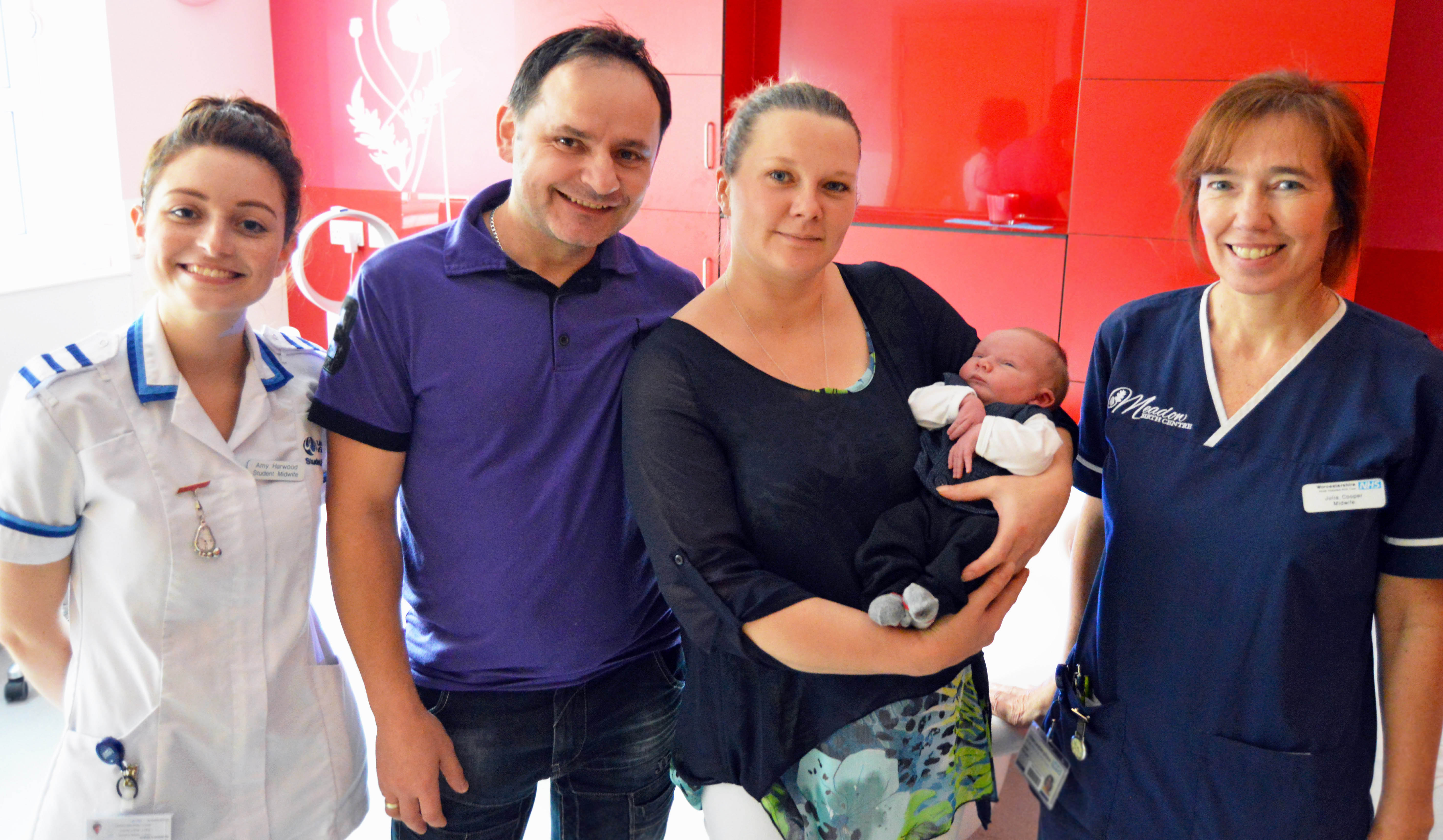 The Meadow Birth Centre at Worcestershire Royal Hospital marked a new arrival of its own this week, after the centre’s 2000thbaby was born in the unit. Adam Ziembicka became the two thousandth baby to be born in the midwife-led centre at 8:42pm on Friday 10 November. Mum Ela and her husband Leszek, from Evesham, were accompanied by their older son Philip for baby Adam’s birth, who weighed a healthy 8lbs 13oz after a water birth in the Poppy Suite.

Since first opening to expectant mums in April 2015, the centre – which won ‘Birth Centre of the Year’ in a national awards ceremony earlier this year – has far exceeded its targets for the number of births in the unit. The centre has three purpose-built birthing pools, and sees a majority of its mothers have a water birth. It is run by experienced midwives who offer a comfortable environment where birth is treated as a ‘normal’ process rather than a medical one. Ela who had a water birth for Adam said: “The centre is so nice. It feels very different to where I gave birth for Philip. It was really nice to be able to have a water birth this time, I was really happy to be in here as it happened so fast this time! “I really liked the Poppy Suite it was very calming and I would definitely recommend the unit to my friends.”

Meadow Birth Centre midwife team leader, Louise Turbutt said: “We’re so proud of what we’ve achieved so far and seeing the 2000th baby born is very special. We’ve far exceeded our expectations of how many babies would be born in the centre and that’s fantastic news, not just for us, but for the women of Worcestershire and beyond who have experienced giving birth in this unit.

“Reaching 2000 births in the unit is a testament to the whole team and how hard everyone has worked to give mothers the best possible birth experience they can in a relaxing and homely environment.”