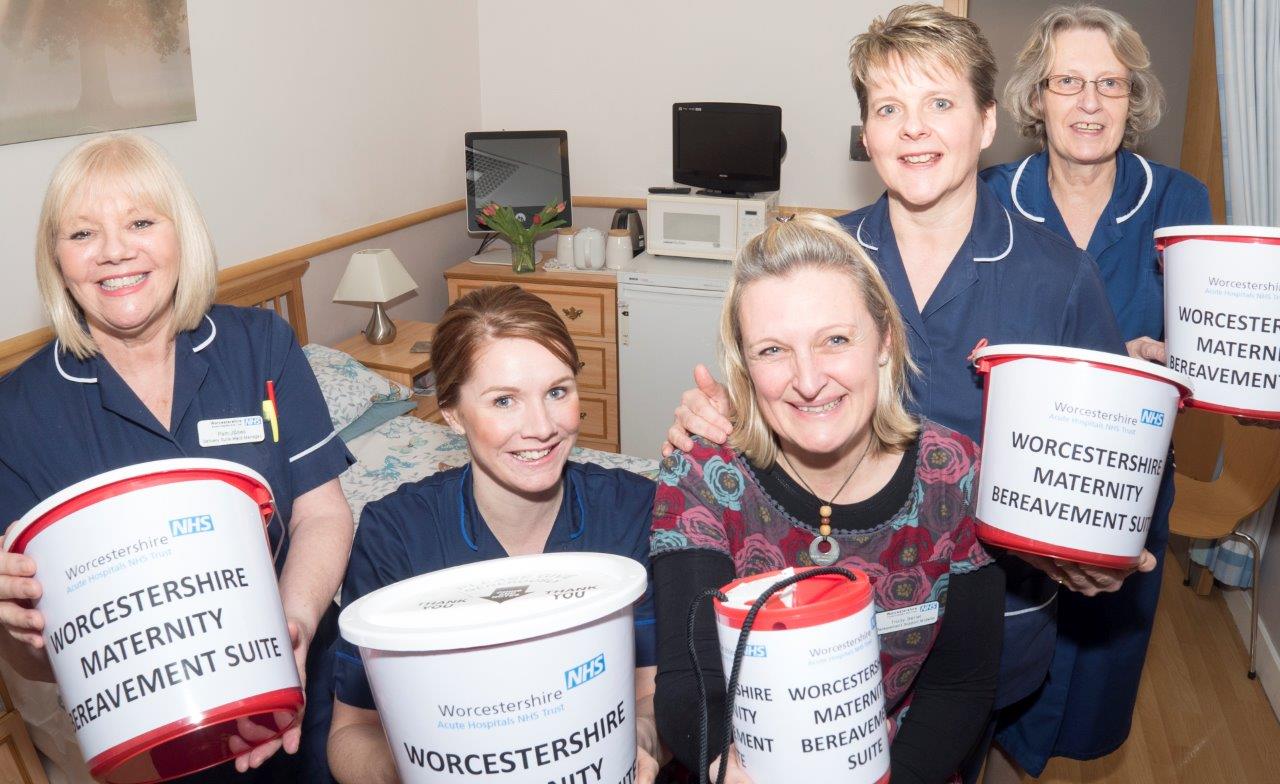 Congratulations to the maternity bereavement suite team at Worcestershire Acute Hospitals NHS Trust, who are national finalists in the NHS Parliamentary Awards!

The team have been chosen for The Care and Compassion Award, after being nominated by local Wyre Forest MP, Mark Garnier.

The NHS in the Midlands revealed the ten nominations it has chosen as regional champions for the prestigious NHS Parliamentary Awards, including the bereavement suite team.

"Trudy has led the way with her outstanding compassion and support for the development of the maternity bereavement service at the Trust."

All the regional champions will now go head to head with other winners from across the country for a national award to be presented at a special ceremony in the House of Commons on the 10 July.

Launched in March, the NHS called on MPs to find and nominate those individuals or teams they thought have made the biggest improvements to health and care services in their constituencies across ten categories.

The team launched an appeal in 2017 to raise money for an additional bereavement suite at Worcestershire Royal and to soundproof two rooms in the delivery suite to enable them to care for parents who suffer the loss of their baby in a separate, safe and comfortable environment.

The rooms are a quiet and tranquil space, away from the noise and bustle of the nearby maternity ward. Families can stay as long as necessary to ensure they get precious time with their baby and are able to make lifelong memories.

Trudy Berlet, Lead Bereavement Support Midwife, said: “I feel very honoured that the team behind the Maternity Bereavement Suite at the Trust have been recognised in this way. I am incredibly proud of the vital service that my small team provides, and the tremendous amount of support we have received, both from bereaved families and the community, for a second bereavement suite has been truly amazing.”

Vicky Morris, Chief Nursing Officer, said: “The Maternity Bereavement Suite’s nomination will come as no surprise to those that have benefited from the care and compassion of lead bereavement support midwife Trudy and her small team. Trudy has led the way with her outstanding compassion and support for the development of the maternity bereavement service at the Trust. As well as being personally commended in a CQC report for the services she provides, the huge amount of gratitude Trudy and her colleagues receive from those they support in their time of need is very humbling to hear.”